World War I was one of the most significant events in the history of the Newells of the Dock.  By the start of WWI the Dock, which was never more than a small village, was in decline. Many Newells, like my grandfather Albert, had moved away to work in the coal mines of Cape Breton, the iron mines at Bell Island, Ontario or New England. In 1911, three years before the start of the War, the population of the Dock was only 167.

The Following is a list of those who served (please let me know if I missed someone): 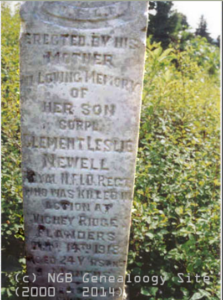 Memorial to Clement at the Dock 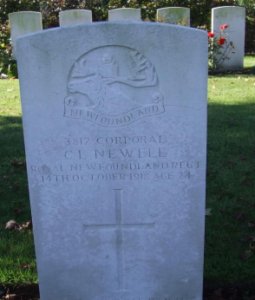 Corporal Clement Leslie Newell (Regimental Number 3812) is interred in Cement House Cemetery – Grave reference XVII. D. 14. His occupation prior to military service recorded as that of a clerk, Clement Leslie Newell was an agent and traveller (travelling salesman – in his case, of insurance) and earning a variable monthly income of about sixty dollars working for the Scarborough Company of Canada. He was a recruit of the Fifteenth Draft.

The youngest son of Nathaniel Newell, former fisherman, deceased August 30, 1912, and Margaret Jane Newell – to whom he had allotted a daily sixty cents from his pay – of The Dock, Port-de-Grave, he was also the brother of Elfreda*, Jabez and Harold. Corporal Newell was reported as having been killed in action, on October 14, 1918, while serving with ‘B’ Company in fighting beyond the Belgian village of Ledeghem during the Hundred Days Offensive. Clement Leslie Newell had enlisted at the age of twenty-three years and four months: date of birth, January 17, 1894, according to the 1911 Census.

See following for above and more info: 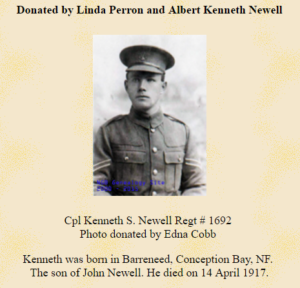 Private Victor Perrin Newell (Regimental Number 3598) is buried in Ayr Cemetery, Ayrshire – Grave reference G.2.6. His occupation prior to military service recorded as that of a munitions worker earning a weekly $15.00, Victor Perrin Newell was a recruit of the Fourteenth Draft. Having presented himself for medical examination at the Church Lads Brigade Armoury in St. John’s on April 14, 1917, he also enlisted – engaged for the duration of the war at the daily private soldier’s rate of $1.10 per diem – and attested on that same day. Private Newell was not to depart from Newfoundland for overseas service until May 19, when the Bowring Brothers’ vessel Florizel (right) left en route to Halifax. His contingent of three officers and one-hundred eighty-two other ranks, and also ninety-nine recruits of the newly-formed Newfoundland Forestry Unit, then left Nova Scotia for the United Kingdom on board an unspecified* vessel, on May 29.

The son of Nathan Newell, carpenter, and Priscilla Newell – to whom he had allotted a daily sixty cents from his pay – of the Dock, Bareneed, Conception Bay, he was also older brother to both T.-Roy and to Mollie. Private Newell was reported as having died of sickness in hospital on July 17, 1917. The cause was cited as septic meningitis following otorrhœa (middle ear infection) resulting from measles.

The following soldiers from ‘The Dock’ survived the war:

Next of Kin: John Newell:

“As for Louis Newell (my father). I understand that when he was 15 he ran off and joined the Army but Suze [his mother] tracked him down and brought him home. A year later he took off again, changed his name to Richard Newell and got overseas.”

The following 3 photos of Lewis Newell from photocopys provided to me by the late Jane Reed. 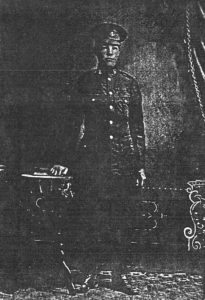 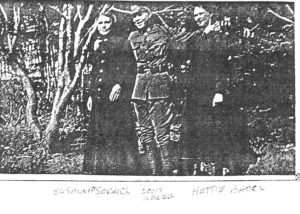 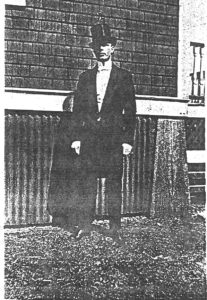 The following was provided by Maureen Hastings:  My grandfather Louis Frederick Newell (his parents John & Susanna, grp Nathaniel and Virtue) enlisted as Richard Lewis Newell (because he was underage) on Sept 10,1915 age 15 but said he was 18. Re-enlisted Oct 1917, medically discharged Mar 2018. 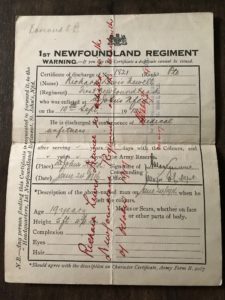 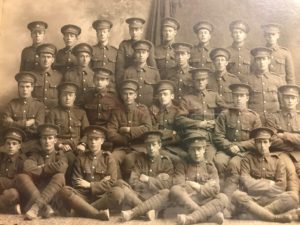 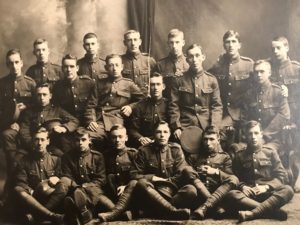 Next of Kin: Susan Newell (p)

Harry Augustus was  from Bay Roberts but his mother was Ruth Newell from ‘The Dock’ and his father was a Wells from Salmon Cove who was likely related to my great grandmother Caroline Wells. His parents were married at the Dock in 1890.

Private Harry Augustus Wells (Regimental Number 3943), having no known last resting-place, is commemorated beneath the Caribou in Beaumont-Hamel Memorial Park. Private Wells was reported as having been killed in action on October 25, 1918. His memorial in Bay Roberts states:

Following birth record indicates that he was from Burnt Head not Brigus; he likely gave the location of nearest large town on form. 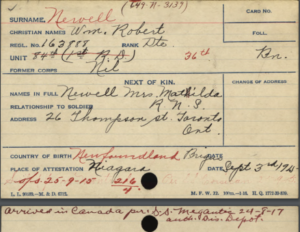 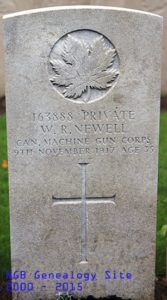 Note 43 years old when he served in France

His wife Virtue. He sailed from Halifax in 1916. 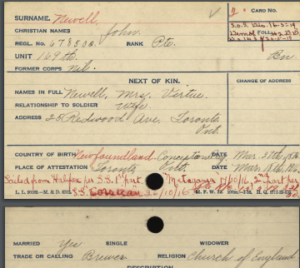 Details on his family. His son George Alfred also served (see next record) 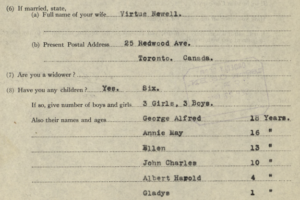 Re birth see his father John Newell from Burnt Head above 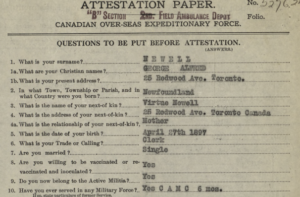 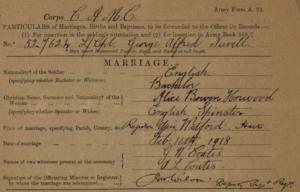 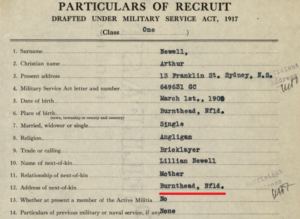 Underage and did not serve overseas. Parents Edward and Chailotte Lilly

Next of Kin: William Newell (p)

He was from Burnt Head (Millitary records give Brigus as place of birth), his parents were George Newell and Emily Hussey who were married in 1891.

George and Emily are buried in St. John’s Norway Cemetery in Toronto Ontario 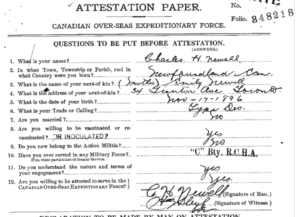 Reference to Brigus in Medical Records 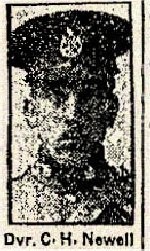 At the start of WWII the Government of Newfoundland made a decision not to raise an Infantry Regiment as they did in WWI but instead raised two Newfoundland Artillery Regiments. These Regiments served in North Africa and Europe. Records for WWII are not yet in the public domain so it is difficult to identify men who served in these Regiments but I did find a press clipping from a Canadian War Correspondent reporting on a British Artillery Regiment in Normandy as part of D-Day. He describes the Newfoundlanders serving with the Regiment including Harvey Newell from Bell Island. Harvey was a Newell from the Dock (b 1916, son of Isaac & Sarah Morgan, decendant of James son of Philip) who moved to Bell Island to work in the Iron Mines.